Whenever new therapy emerges it is sure to stir rumors and speculations on its efficacy. The same is true for Rigvir©, a virus-based cure licensed as a treatment for melanoma back in 2004 in Riga, Latvia.

Still, it is natural to have doubts, especially when your life is at risk. You need a proven evidence to ensure that virotherapy can treat your type of cancer without doing harm to your health.

This article is to help you dispel doubts and explain how Rigvir© works, when exactly it can be applied and what side effects it may cause. Let’s get straight to the point. 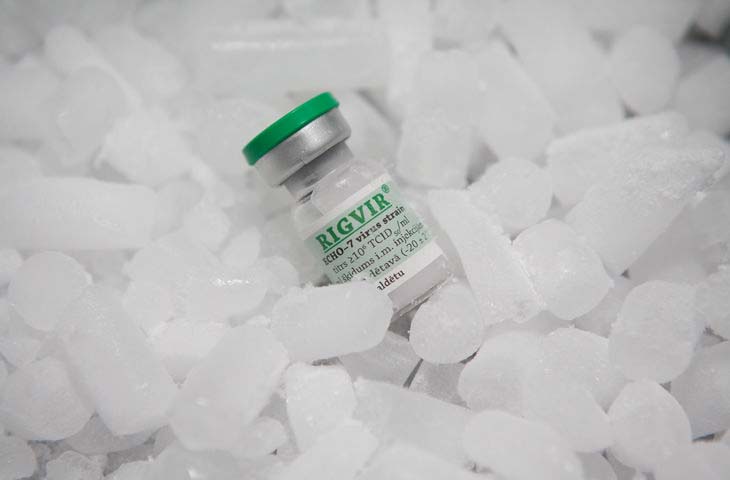 The Rigvir© healing effect was found by the Latvian scientist and immunologist, Aina Muceniece, and her team in 1960-70s. It was stemmed from the virus found in the kids’ digestive system as the one having an anti-tumor effect.

The virus (ECHO-7) was tested in the virotherapy laboratory of the Institute of Microbiology (Latvian Academy of Sciences) along with other four viruses having cancer-killing capacity.

First Rigvir© clinical trials took place in 1968. 415 patients diagnosed with late-stage melanoma participated in the trials and virotherapy increased their survival rates. Next, patients suffering from skin melanoma underwent a series of trials and showed positive results too (Rigvir© statistics is provided further below).

It increased the Rigvir© chances to get state approval. So in 2002 the medicine was patented and in 2004 it was licensed by the State Agency of Medicines of the Republic of Latvia.

In 2011 Rigvir© entered the list of drugs being reimbursed for all Latvian residents having skin melanoma. Later, in 2015 the drug was registered in Georgia, followed by Armenia’s approval in 2016.

Given the fact that Rigvir© got its state licensing before Latvia became part of the European Union (EU), the medication did not pass all the necessary procedures to get spread on the EU market. But the Rigvir© manufacturers won the European Commission's Horizon 2020 grant to proceed further with its distribution.

How Rigvir© Works and Its Side Effects

Rigvir© virus for cancer treatment is a non-pathogenic naturally occurring virus that has not been modified genetically.

It is often described as the one with oncotropic and oncolytic characteristics, meaning that it recognizes tumor cells, enters them and kills them from inside by multiplying. Simply put, the medication stimulates your immune system to resist the malicious disease.

As clinical trials showed, the drug does not replicate itself with time. Neither does it badly affect surrounding healthy tissues. The Rigvir© side effects only cause a slightly feverish temperature (99.5 °F/37.5 °C) that lasts during three days, sleepiness and fatigue. That said, Rigvir© can be safely combined with other types of cancer treatment like chemo and radiotherapy.

But Rigvir© must only be applied to fight against late-stage cancers for adults aged over 18. Furthermore, the drug cannot be used as a preventive measure. So please keep it in mind when considering virotherapy as a treatment option for you.

As we mentioned above, the Rigvir© success rate was first discovered based on the clinical trials conducted through 1968-2004. During that time about 700 patients having late-stage melanoma, gastric and gastrointestinal cancers got treated with Rigvir©. Here are the outcomes:

One of the recent reviews on melanoma treated with Rigvir© was published by the Melanoma Research medical journal in 2015. Here is what it stated:

The virotherapy proved effective not only for melanoma patients. Rigvir© prolonged lives of people diagnosed with stage 4 histiocytic sarcoma and stage 3 lung cancer. The research findings were published in 2016 by another medical journal APMIS (Acta Pathologica, Microbiologica et Immunologica Scandinavica):

Despite the fact Rigvir© is registered only in Latvia, Georgia and Armenia, its vials can be shipped across the globe. The most widespread destinations include New Zealand, Australia, the US and UK (more about Rigvir in the UK), and Canada. This is to ensure patients can get treated remotely in their home countries.

But it is not a secret that inpatient care often proves more effective. It guarantees you have a direct contact with a qualified medical staff in the Latvian clinic and get assisted 24/7. All the adjustments in treatment plans are done right away without any delays which might occur when you have remote consultations via Skype (just due to different time zones, for example). 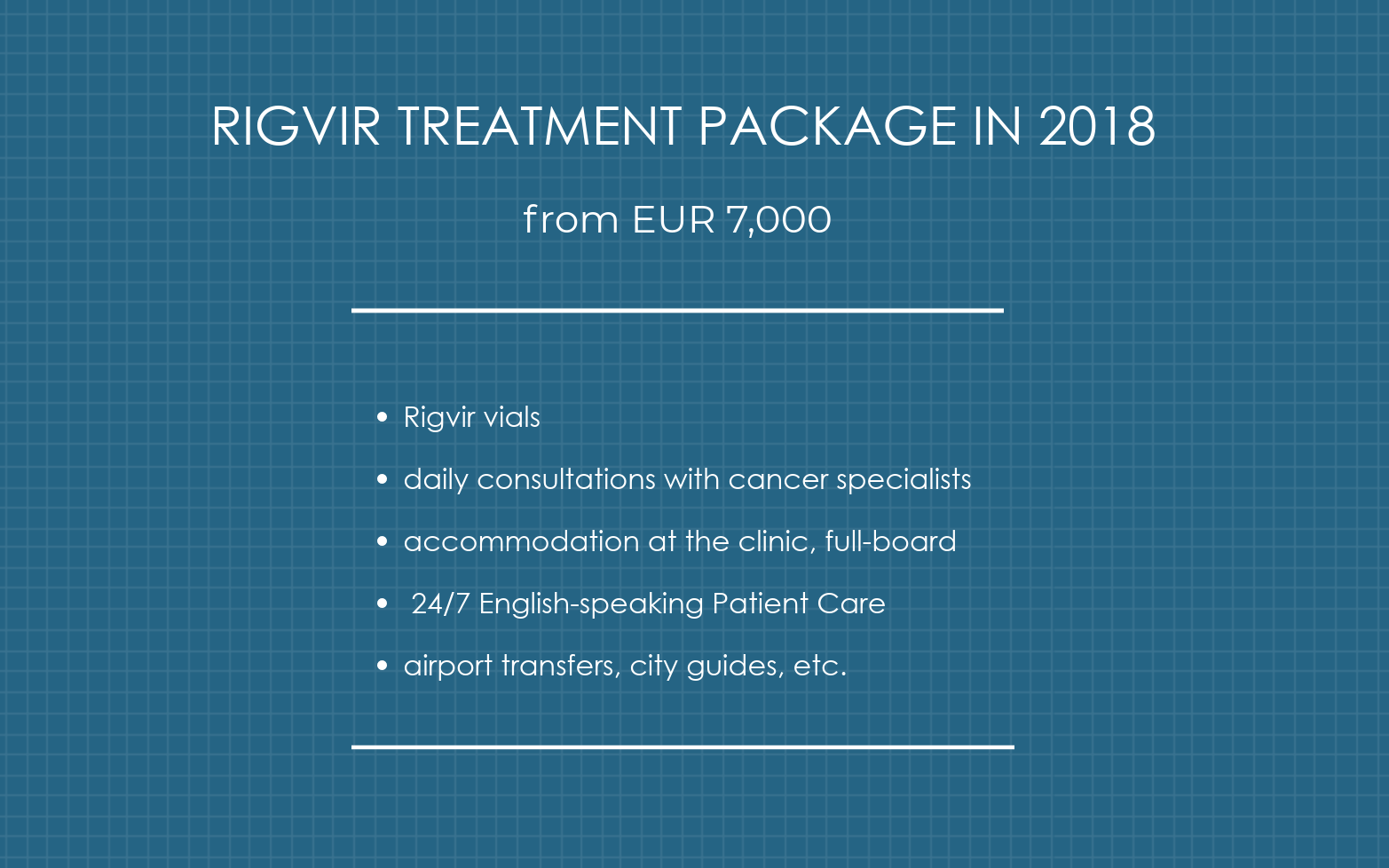 This information we mentioned here is not exhaustive though. You may still want to know how distant care is held, how often Skype calls are arranged, or how many Rigvir© vials are required for the whole treatment course. You can also learn more about what others say about virotherapy by reading and watching Rigvir reviews.

If you would like to know whether you qualify for virotherapy, please prepare the following medical reports in English or Latvian:

The documents you submit will be reviewed by the medical team in Latvia within three days. If you get qualified for the virotherapy course, the support agent will get in touch with you to explain more about the Rigvir therapy at the coast of the Baltic Sea, Latvia. Both the medical team and scenic landscape work together to improve your mental and physical health.

Please feel free to send us your queries by clicking the red button below and we will get back to you within 24 hours or earlier.